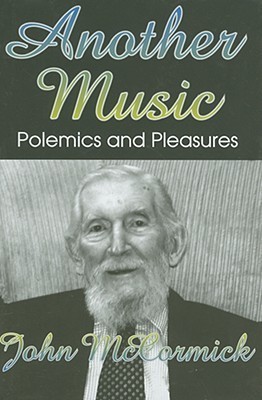 As the essays in this book attest, in a time of specialization John McCormick chose diversification, a choice determined by a life spent in many occupations and many countries. After his five years in the U.

I. Bill, graduate training, and a career in teaching. Prosperity in the American university at the time meant setting up as a Wordsworth man, a Keats man, or a Dr. Johnson man all chilling to the author. He chose self-exile in which he disguised himself as an Americanist saleable in Europe, and lectured happily in comparative studies: literature, history, and philosophy. Thus the broad range of this volume, both in subject matter and in the span of time it covers.The essays are divided into three sections.

First are general and personal essays on a variety of topics, followed by work on individual writers, and third, writings on criticism and theory. A section on Santayana reflects his eight years of research for Santayanas biography. The writings on Spain and toreo (bullfighting) result from another long-held interest, together with the authors attempt to alter some of the romantic nonsense about the running of the bulls in Pamplona, too often the entire substance of what the general public knows about Spain.

McCormick has long been convinced that without knowledge of bullfighting, the foreigner cannot comprehend arcane and wonderful aspects of the Spanish character.The coda, Another Music, is an old mans attempt to solve the mysterious algebra of how the world turns now, and how the young appear to the aged.

While the volume is diverse in its range of writers--from Whitman in America to Santayana in Europe, taken as a collectivity, these essays provide a sense of the grandeur as well as the decadent in twentieth century politics and aesthetics alike. Written with the literary taste and political non-conformity that still characterizes McCormick, the volume is a treat for the specialist (perhaps) and for the generalist (certainly).John McCormick was professor of American Studies in the Free University, Berlin, and is at present professor emeritus of comparative literature at Rutgers University.

He is the author of Bullfighting, American and European Literary Imagination, Catastrophe and Imagination, Fiction as Knowledge, George Santayana and Seagoing.

Comments
Comments for "Another Music: Polemics and Pleasures":