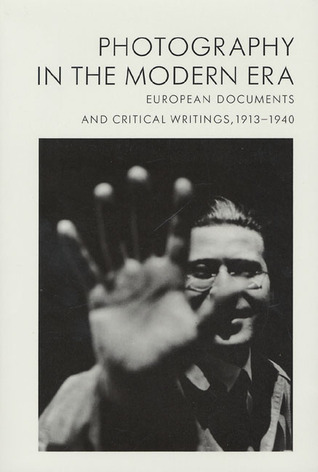 The seventy-one essays and documents collected in this book provide a concise, provocative introduction to the ideas and personalities that animated avant-garde photography during these years of artistic ferment and that continue to influence the medium today.By turns poetic, analytical, and fiercely ideological, these diverse writings give expression to a very wide range of original ideas. Moholy-Nagy calls on photographers to create a powerful abstract vision that will transform our ability to see. Albert Renger-Patzsch argues for a quite different goal, a photography of revelatory realism that lays bare the essence of the subject before the lens.

The French writer Pierre Mac Orlan explores psychologically compelling notions: that photography realizes all that is curiously inhuman and creates death for a second. Photography is widely characterized as a modern machine-age art that supersedes the traditional fine arts. In the Soviet Union an extraordinary interchange pits the avant-gardist Rodchenko against opponents who insist that social usefulness is photographys primary responsibility.While shedding important new light on the directions taken by photography during the twentieth century, these essays also illuminate such major movements as Futurism, Constructivism, Surrealism, and the New Objectivity.

Most of the selections were not previously available in English and have been translated especially for this volume. Each appears with an informative headnote by Christopher Phillips, who in an introductory essay provides a lucid overview of the period and the context in which the writings first appeared.With its wealth of new material, this collection is an essential resource for all those studying photography or seeking to understand the visual culture of this century.This book is published on the occasion of the exhibition The New Vision: Photography Between the World Wars, Ford Motor Company Collection at The Metropolitan Museum of Art, held at The Metropolitan Museum of Art, September 23-December 31, 1989.

Comments
Comments for "Photography in the Modern Era: European Documents and Critical Writings, 1913-1940":