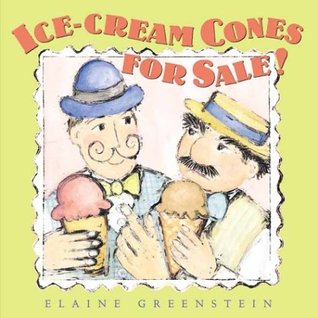 Who invented the ice cream cone? Ernst Hamwi, a wafflemaker at the 1904 St. Louis Worlds Fair, claimed it was his idea. But Arnold Fornachou said his cones inspired Ernsts! David Avayou reported that he brought the cone back from Paris. And Charles Menches announced that his sweetheart created the dessert. Only one man holds the patent for the first cone-making machine, though, and his claims top them all... In this picture book, Elaine Greenstein shows young readers that history is made by ordinary dreamers -- and it can be just as cool and delicious as a fresh cold ice cream cone.