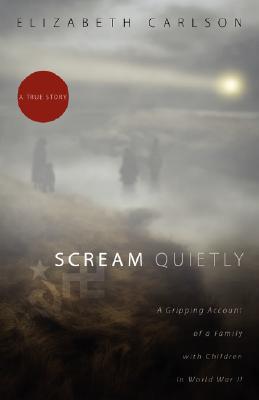 Innocent civilians found themselves caught in a maze of air raids, bombings, rifle fire, arrests, fear, and destruction. They walked through streets littered with corpses, struggled to find food and drink, and fought disease without doctors or medicine.

They never knew what was around the next bend as they attempted to survive the horrors of World War II. It was in this setting that Wanda, her infant daughter and two young sons, along with her extended family members, struggled to survive the atrocities of war and the occupation that followed. This true story is one of suffering beyond human comprehension and fierce courage as Wanda desperately seeks to guide her family to safety.

With chaos all around, she continually turns to her abiding faith in God for help and strength. This account is by turns violent, tragic, comic, gentle, haunting and a testimony of faith. ELIZABETH CARLSON was born in Lublin, Poland. After World War II ended she, along with her mother and two brothers, escaped from Communist Poland through East Germany. They joined her father in England and then immigrated to the United States and settled in Illinois. She became a U.S. citizen, attended college in Chicago, and graduated with a B.A.

degree in education. She presently lives in north central Wisconsin with her husband and best friend of forty-five years, Stan, and has two married children, a daughter and a son, and three grandsons. She has been a speaker for numerous church groups, schools, service organizations, conferences, and conventions.