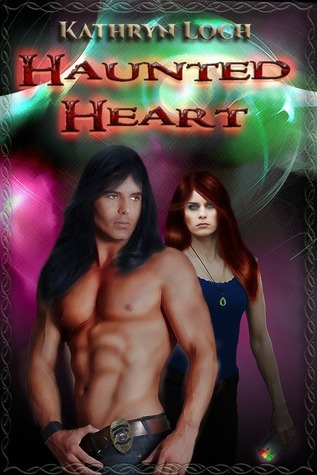 Ty resigns and leaves the state—and his past—behind him, his only goal to find a new life well away from New York.But the ghosts of the murdered victims won’t let him walk away, and neither will the killer. Ty calls the killer Skinwalker, even though the crimes have little to do with the Navajo legend, which describes a shaman of great power who has turned to evil.

But Ty is about to learn that every legend starts with a grain of truth. When Ty suffers terrifying hallucinations of the murdered victims and strange occurrences start happening in his apartment, he questions his disbelief in the supernatural. Fearing for his own sanity, he seeks the help of a respected paranormal researcher, Dr. Beth Givens.College professor Beth Givens does not fear ghosts or the supernatural, but she knows firsthand the damage a living person can do.

She’s sworn off investigating—and relationships—preferring the safety and comfort of the classroom. When the handsome detective pushes her to investigate his haunting, she wants nothing to do with the case, no matter how attractive he is. But as she learns the details of the murders and realizes how desperately Ty needs her help, she finally agrees to investigate the haunting and discovers far more than she is prepared for.Drawn to each other despite their better judgment, Ty and Beth’s relationship soon crosses the line from professional to personal.

But neither realizes the danger they are in until it’s too late.When the murderer strikes again, Ty and Beth must fight to stay one step ahead of a madman who now hunts those Ty holds most dear while the ghosts who haunt his waking nightmares wont rest until Ty gives them justice. But how can he protect the one who means the most to him against a killer who will stop at nothing to see him destroyed?