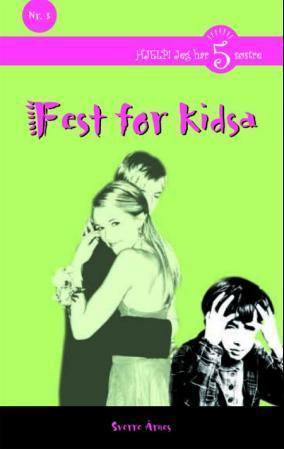 Sverre Årnes is a Norwegian writer and translator who, since 1978, has written over two hundred serial novels, about a thousand short stories as well as numerous articles and translations from English into Norwegian. By his own estimate, his works may have sold over a million copies.A native of Møre og Romsdal countys municipality of Surnadal, which consists of a large valley comprising numerous smaller valleys and villages, Sverre Årnes is best known for his book series Blodsbånd [Blood Ties] (25 titles, 1994–97, republished 2004–05), Vaterlandsjenta [The Girl from Vaterland] (16 titles, 2003–05) and action thrillers COBRA (8 titles from 1987, twice republished) as well as several adult comic script/stories (including the Phantom and Agent 007).In addition to another series of novels, Viking, he initiated and wrote the script for the popular comic magazine Olsenbanden, based on characters from a well-known movie serial.

He has also written and directed prize-winning short movies, and the script for director Oddvar Bull Tuhus 1988 theatrical feature Blücher. A recipient in London of the 1986 Daily Mail Trophy as writer and director, he was also awarded the 2004 Gold Medal in Austrias Eurovideo Movie Competition for filmmaking skills as writer, director and editor.In 2003, Sverre Årnes moved with his wife Florlien to her native Philippines, where they live on what he describes as a paradise-like island of Bohol, located between Cebu and Leyte, with their daughter Angelina Maria and Florliens parents.

He has written that he works as hard as ever in continuing his massive writing output.

Comments
Comments for "Fest for kidsa":